Early in 2016 a sale process of the BPO Division of Visma was initiated, which attracted significant interest from multiple investors. The sale process has now been finalized, and BPO’s new owner will be HgCapital.

Visma BPO is the leading provider of outsourced accounting, payroll and HR services to 20,000 businesses in the Nordic region. HgCapital will support the existing BPO management and employees to maintain its leading market position through both organic growth and a number of future acquisitions.

Visma owners and directors believe that BPO can develop faster and better independent of Visma. BPO has revenues of NOK 2.1 billion in the 12 months to June 2016, representing approximately 20% of the total Visma group. Any potential market conflicts between the software activities of Visma when addressing the accountancy market will be removed with this sale when BPO is a fully independent business.

By selling the BPO division, Visma group becomes a “pure-play” SaaS/software business. Visma has grown fast organically and through over 150 acquisitions to become the largest software company in Northern Europe and the largest SaaS/cloud company for business customers in Europe. Visma will use the proceeds from the sale of BPO, combined with its already strong cash resources, to continue to grow rapidly both organically and via acquisition.

Additional information about Visma & HgCapital:
Investors managed by HgCapital hold 36% of the equity in Visma today. HgCapital led the original public-to-private acquisition of Visma in 2006 and has been a Visma shareholder for the last 10 years. The sale of the BPO division will not change the owner-structure of Visma. We will continue with our current owners; HgCapital (who owns 36%), Cinven (who owns 28%), KKR (who owns 28%) and the Visma management team. There will be a complete separation of the BPO division and Visma, no Visma managers will have investments in BPO or hold board positions.

Additional information about Visma Group:
In the 2015 Visma group had revenues of NOK 8338 mill. and EBITDA of NOK 1744 mill. 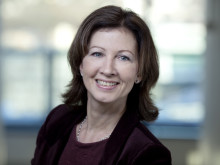